With faith and respect in Greek tradition, we invite you to travel through time and history to discover the magical and unknown to most world of kombolois.
The Kombologadiko has developed dynamically in recent years in Greece as well as internationally while at the same remaining true to its values.

The first Kombologadiko store officially opens its doors in Nafplio in 1988. We created a store with traditional design as is required by the nature of our business and of course with countless kombologia from all over the world. From the first weeks of operation there was a vast response from people which continues to this day since this store is still known in Psaromachala alley in Nafplio on 1 Staikopoulou street.

After a successful course in Nafplio, the Ieropoulou family decided to move the Kombologadiko to Athens as well. The store in 9 Amerikis street in Syndagma becomes the new business headquarters.

With the same spirit and characteristic pride we created branch stores in Glyfada, Kifisia, Kolonaki and Mykonos.

During the period 2006-2012 the Kombologadiko continues its upward progress after a year of successful collaborations such as the one with the press shops at Athens International Airport “Press-Point Papasotiriou, as well as with advertising campaigns and fairs.

More than a few times our work has attracted the interest of local and international media.

In 2010 we opened a new branch store in Cyprus and in 2012 we moved our branch office from Kolonaki to Salonika on 45 Mitropoleos street. Many wholesale stores operate simultaneously throughout Greece and Cyprus.

In the last three years 2010-2012 the Kombologadiko supports the institution of golf and primarily the one created with great love and devotion by Aegean Airlines Pro-am and its creator Mr. Vasilakis Theodore.

The Kombologadiko could not remain oblivious to the social problems of the country. Our style and philosophy, however, impose that we act on this matter behind the eye of the media.


The endurance and development of our business (1998-2012) is clearly due to all of you that have supported us throughout the years.
We kindly thank you. 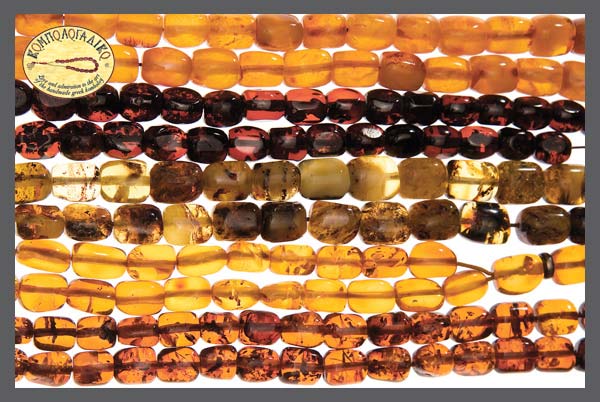